Startup Worcester is an initiative of the Worcester Regional Chamber of Commerce, Venture Forum, and WorcLab to launch, mentor, and provide workspace to the region’s entrepreneurs. 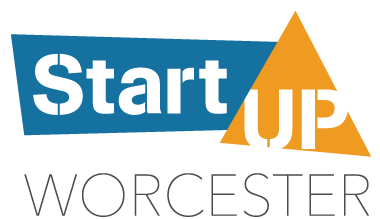 Startup Worcester incubates new businesses created by bright young students and graduates of the area’s colleges and universities. The initiative accelerates emerging entrepreneurs by connecting them with resources and mentorship they need to grow their business and plant their roots in Central Massachusetts.

A simple online concierge dashboard that gives customers access to sneakers that fit their pricing and wish list preferences through a subscription-based format. They operate at the intersection of retail and resell sneakers in the secondary sneaker market.

Cat in the Box LLC

Designer and manufacturer of whimsical and pet-safe cardboard box playhouses for cats.

A social media company aimed at getting users of the platform to engage with their environment by utilizing a location-based interactive map that directs users towards fun, in-person things to do and people to meet.

A craft spirits distillery and tasting room, with products all created from scratch on the premises, utilizing locally grown products such as corn.

An orthodontic solution company that designs and manufactures clear tooth aligner systems called SymTray that allow for non-surgically remodeling bone structure in the mouth. Also a developer of a mobile tooth tracking app, SymTrack, with 3D modeling that cuts down on dental visits. “The new braces.”

A community-based online resale marketplace for buying and selling used items in certain communities such as apartment complexes, universities, or clubs. They charge a commission on all resale transactions and empower community authorities to monetize their member networks.

Ready-to-cook meal kits shipped to your door with instructions. The meals center around Indian cuisine. 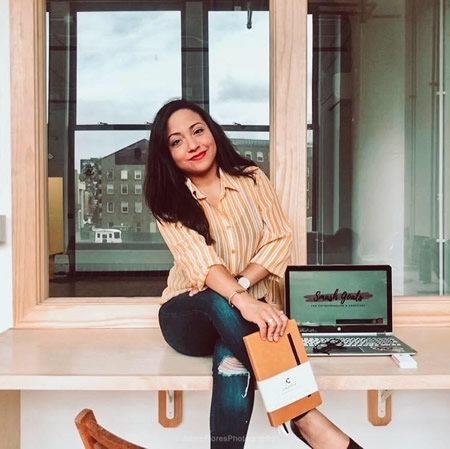 If there is one entrepreneur in Worcester who you can say has done it all, it’s Giselle Rivera-Flores. Giselle began her entrepreneurial journey with The Learning Hub, a STEAM learning program that was focused on increasing the accessibility of STEM and arts to elementary school students. Giselle started The Learning Hub during her time as a 2016-17 class member of StartUp Worcester. Giselle never wanted to be an entrepreneur growing up in Brooklyn, New York, telling her family that she wanted to be an attorney. Things changed when she and her husband moved to Worcester. After graduating from Quinsigamond Community College, she found a position as a leasing agent for an apartment complex in downtown Worcester. Giselle appreciated her eight years of experience there, but it dissuaded her from her previous dream of working in the legal profession. She went on to become a full-time entrepreneur in 2016. Giselle initially found work as a digital media strategist for several major local organizations, a role that included social media curation, event management, and productivity coaching. She launched The Learning Hub, inspired by her daughter who was diagnosed with ADHD and had trouble learning in a conventional school setting. The Learning Hub offered out-of-school, hands-on educational sessions for K-6 students, partnering with the Worcester Public Library, the EcoTarium, and after school programs. The Learning Hub was selected to join the 2016 cohort of StartUp Worcester. Giselle hit her entrepreneurial stride in 2016 and started Be Studios, a coworking photography studio for local artists. She also began to manage a personal consultancy brand. The pandemic changed things for many business owners, Giselle included. Giselle began to focus more on Be Studios, a space that seeks to provide accessibility to the arts for people of color and spark dialogue about racial inequity and culture. Be Studios is located at 44 Portland Street, the same building where other coworking spaces such as WorcLab and Technocopia are located. Giselle also helped her daughter Brooklyn launch her first business, a dog boutique called Crate & Howl. Crate & Howl, with a storefront located at 16 Portland Street, sells pet accessories, treats, custom art, and offers dog walking services and events for local residents. In 2017, Giselle was named to Worcester Business Journal’s 40 Under 40. Of her time in StartUp Worcester, Giselle says, “I give a lot of credit to StartUp Worcester for giving me a platform to start my journey because for many entrepreneurs, starting is the hardest part, and this program helped ease the struggle and allowed me to expand beyond my original ideas.” 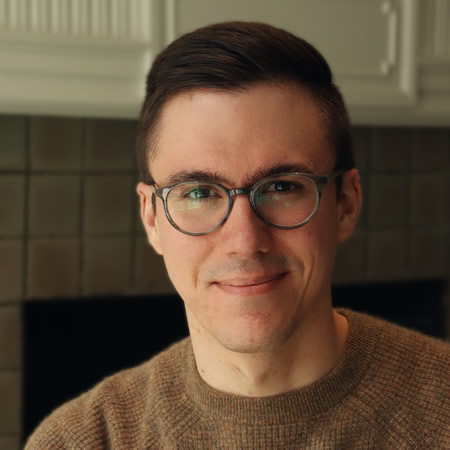 Ryan Canuel is the exemplification of just how big the video game development industry is in Worcester.

A native of Swansea, MA who moved to Worcester to attend Becker College, Ryan was a self-starter ready to launch his first business the day after his graduation in 2015. He was selected for the inaugural cohort of StartUp Worcester that same year with his company, Petricore.

Petricore focuses on delivering mobile games like Mind the Arrow, a puzzle game which was developed as Petricore’s first foray into the industry. Mind the Arrow had more than 100,000 downloads in its debut week and was named one of the "best iPhone games on the planet" by TechRadar. Now, Petricore’s games have been downloaded on app stores over 750,000 times.

When Becker opened its brand-new innovation and entrepreneurship center in 2018, Petricore moved in as an anchor tenant. Ryan wanted to stay close to the Becker community, even becoming an adjunct professor with the school while he helped game design undergraduates get hands-on experience in the field.

Petricore’s employees, mostly Becker College graduates, include six employees besides Ryan. Petricore’s portfolio of more than 40+ clients that they provide production and design for include the Edward M. Kennedy Institute for the U.S. Senate, the Ellen DeGeneres Show, Bose, Mitsubishi, Yale University, and Star Trek. The team has successfully completed over 80 client projects.

Ryan has received much-deserved recognition from the community, including the 2017 Playcrafting Boston Rising Pixel Award, the 2016 Becker College Alumni Association Excellence Award, the 2016 Worcester Regional Chamber of Commerce Entrepreneur of the Year Award, and a selection to the Worcester Business Journal’s 40 Under Forty in 2018.

Ryan continues to serve the community and the game design industry as an advisory board member of MassDiGI, a statewide game design incubator based at Worcester Polytechnic Institute, and the Venture Forum, a Worcester-based nonprofit focused on promoting the regional entrepreneurship ecosystem. 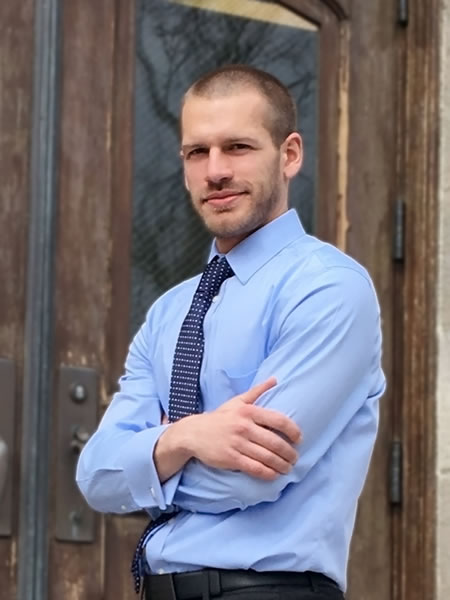 Aaron Birt is proof that the next generation of high-tech manufacturing is coming out of Worcester.

In 2015, Aaron was part of StartUp Worcester’s very first cohort while completing his studies for a PhD in Material Science and Engineering at WPI. His first company, which was selected for StartUp Worcester, was a mobile app called EventTree designed to help students in Worcester find events near them.

Upon starting his doctoral studies, Aaron left EventTree to focus on pioneering a new approach to additive manufacturing using machine learning control. He then founded Solvus Global in 2017 with his business partner and fellow WPI graduate Sean Kelly. He also founded a spinoff company, Kinetic Batteries, which soon after received a $40,000 grant to research innovations for lithium-ion batteries.

Solvus moved into an office space on Rockdale Street and then into lab space at Prescott Street in Worcester. With revenue and staff numbers quickly growing, Solvus was on the lookout for more space.

Solvus settled on purchasing a 32,000 square-foot manufacturing facility in 2021. A ribbon cutting was held in October 2021, featuring local leaders like Congressman Jim McGovern, State Senator John Cronin, Mayor Dean Mazzarella of Leominster, and several WPI administrators all congratulating Solvus and the work of its founders, Aaron and Sean. The Massachusetts Technology Collaborative took the opportunity during the event to announce a $1.6 million grant from the state to help Solvus develop new additive manufacturing processes with the help of local students.

In just three years, Aaron had helped grow Solvus from $0 in annual revenue to $5 million.

Aaron and his companies have stayed local and pioneered new manufacturing techniques right here in Central Massachusetts. Solvus specializes in additive manufacturing using in-house AI software to develop computer-controlled cold spray manufacturing. Additive manufacturing is similar to 3D printing in that it adds to a product rather than subtracts, as cutting or sawing would. Cold spray additive manufacturing reduces the waste that is produced by traditional manufacturing by essentially spraying metal particles onto a surface using a cold stream of gas. The technology has significant implications for the defense industry, and the Army Research Lab has helped fund Solvus’s research.